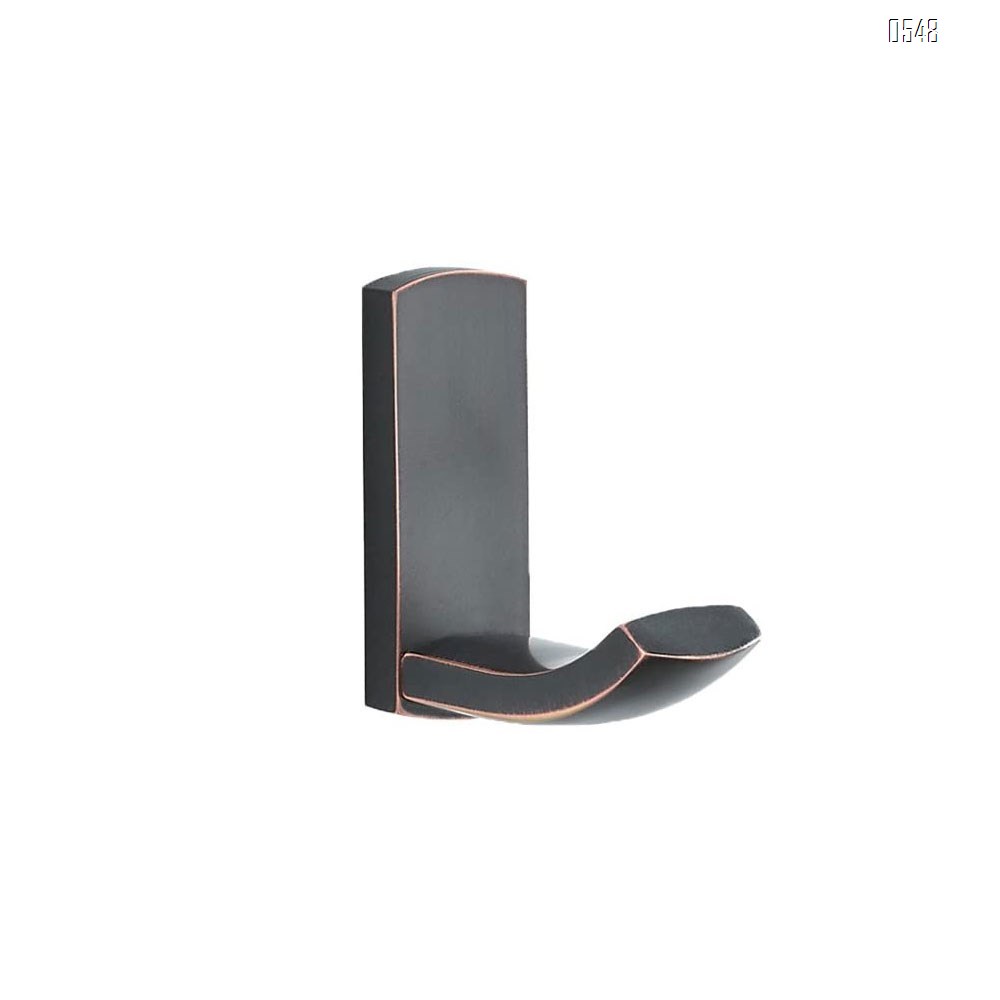 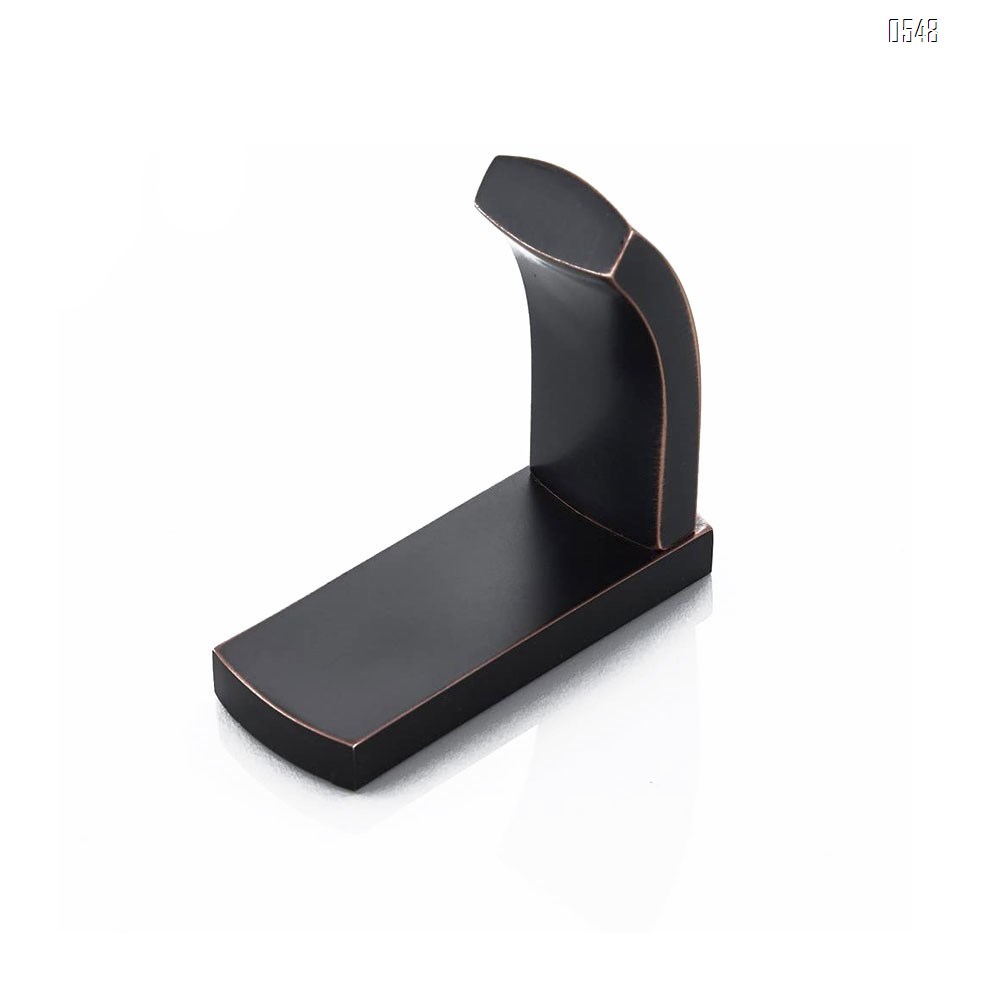 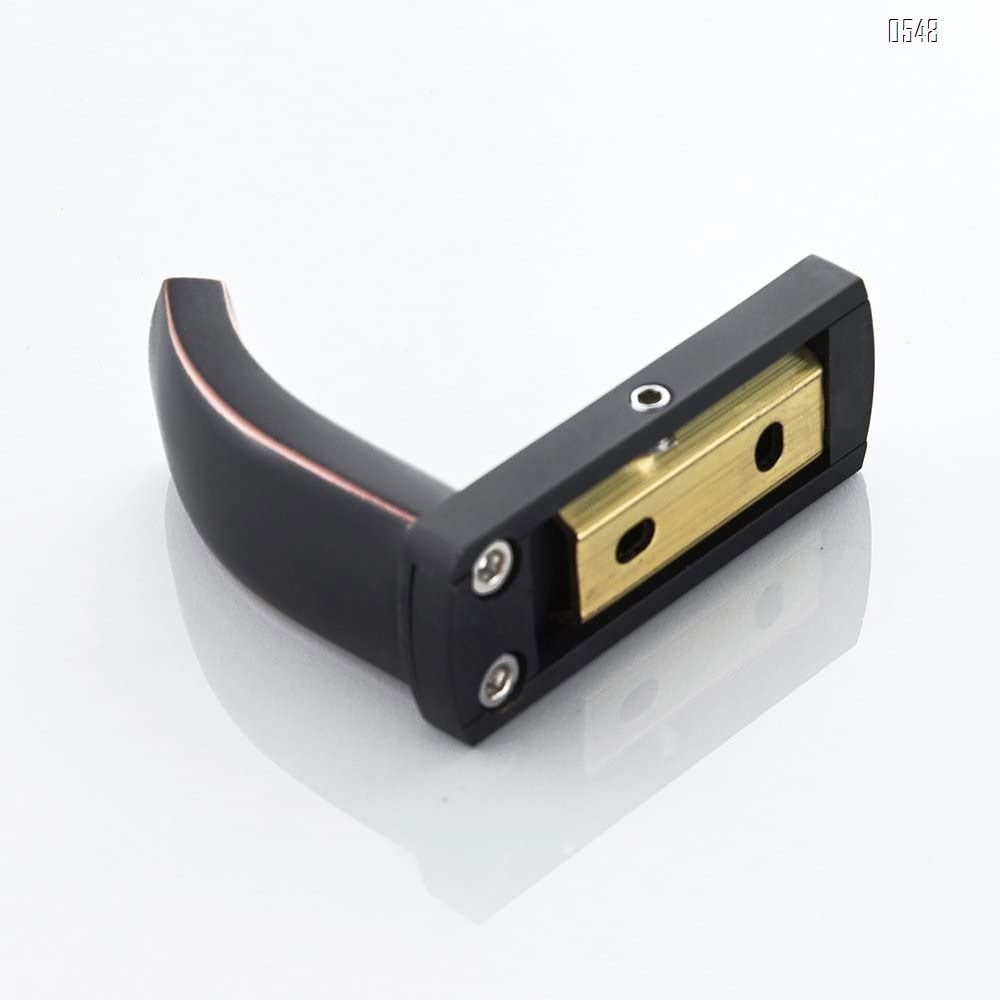 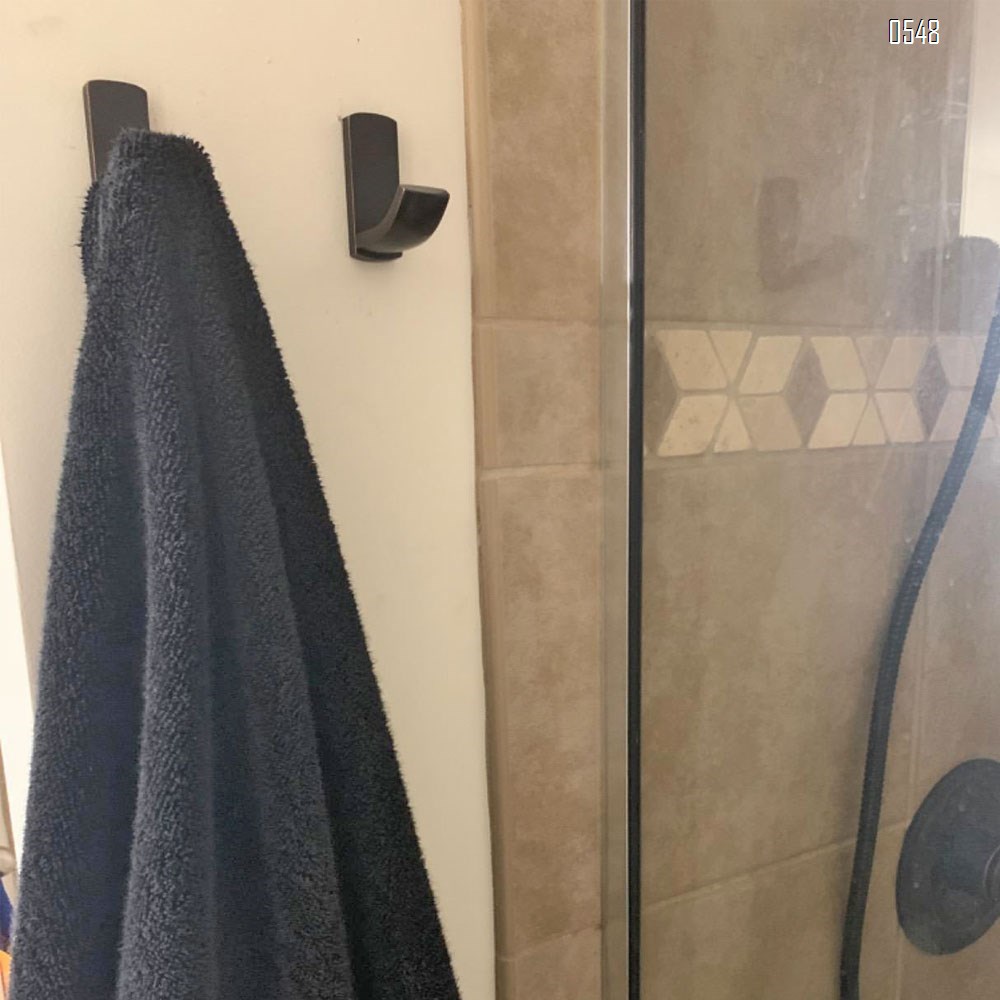 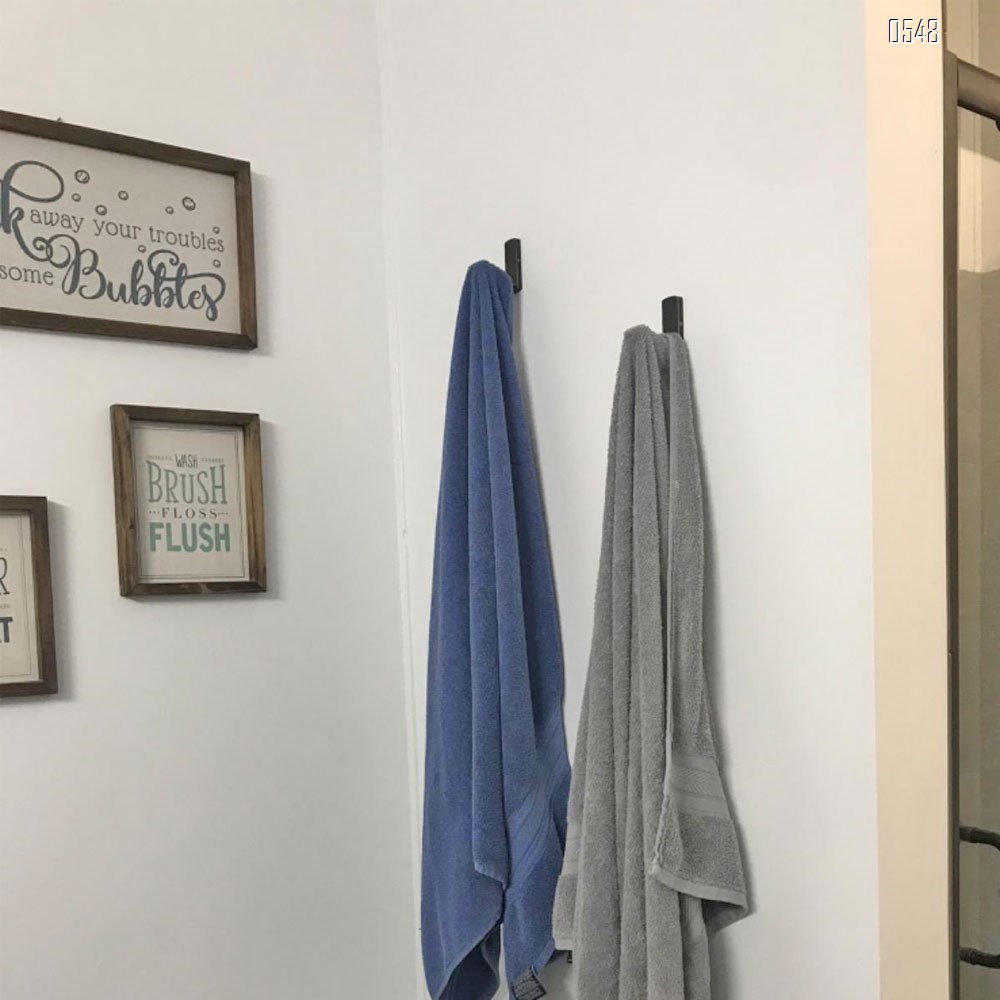 VERY DURABLE: This hanger made from durable brass ensuring quality and longevity, hold a long heavy terry robe, wrap and large bath towel with no wobbling
RUSTPROOF: Oil Rubbed Bronze protecting against scratches, corrosion and tarnishing, which will not rust and easy to clean
MULTI-PURPOSE: Not only can put it up to hold Hand Towels, Coats, Hats, Handbags, Umbrellas, Towels or Robes etc, but can also used as the "handle" for closet door
BEAUTIFUL: Concealed screws, modern and simple look works with any decorating style and well decorate your kitchen, bedrooms, bathrooms or closets
EASY INSTALLATION: Simple set screw mounting system reduce confusion and stress during installation

C. WallaceJuly 24, 2021
best invention ever, love love
RuthH20171 CustomerJuly 13, 2021
Good product for a reasonable price
MICHELLE LEVEREJuly 02, 2021
I was really excited to get the hooks after reading the reviews; however, I had a different experience. The shipment came with three boxes taped together, each holding a hook. I opened the first box and just tried to hang it on the wall in the bathroom. It fell to the ground onto a towel shortly after hanging it. A light coating of towel material coated the sticky side of the hook and it would not work at all after that. I was bummed. I thought I would give the second hook a try. The instructions were in the middle box, so I followed them to the letter and it appeared to have worked. You're supposed to let it "set" on the wall for a couple of hours, which I did, and then I hung a light washing pad off it.

The next morning I took a shower, used the washing pad and hung it on the hook. I came home from work to find the hook on the floor of the shower. I am completely disappointed with this product. It did not work for me. From my experience, I would not recommend this product.

UPDATE: After I left the above review, the seller contacted me immediately via email. The customer service rep sent instructions to follow to make sure I was following the instructions exactly. Also, they stated they would be willing to send new hooks. I tried it again, and it still did not work and I responded to the seller. I did not want more hooks, since they did not work for me. I did not hear back from them. The subject line said on the email read "Refund Information" but they have not refunded my money. Just wanted to add that they did initially reach out, but nothing came of it.
Christina B.June 21, 2021
These are really nice and heavy; easy to install, and they are pretty. I use them in my bathroom, one for each person to hang their towels ( we have really big towels); but they can also hang whatever under it; like a mesh bag to hold each persons bathing items. They hold a lot of weight. Definitely worth it!
Kate McMurryJune 10, 2021
This is a good-quality hook. It fits well over an inside door. I use it mainly to hold dripdry clothing in my laundry room. It is attractive and a plain white that blends well with most decors. It's a bit pricey online, but if you can't find it locally, it's a good product.
Nick RootMay 30, 2021
The hooks are great quality. The screws are terrible. The heads will tear off if tighten slightly to much. I was able to get replacement screws at local hardware store for $2.50
AshlePalmerMay 08, 2021
pretty good. hasn’t brokeneven when pulled on
Bridget JonesApril 27, 2021
The tops of the screws that come with this product break each time you screw them into a predrilled hole! I had to buy new screws and they work fine. They’re just cheap.
ChrisApril 16, 2021
These things are strong! I can’t remeber how much they said they could hold but they haven’t moved a bit since putting them on the wall. Makes me wonder what it’s going to do to my wall when I go to remove them. Super stong and look nice though!
YulsMarch 25, 2021
Didn't fit my bathroom door which is what I bought for but ended up using in the closet door just fine