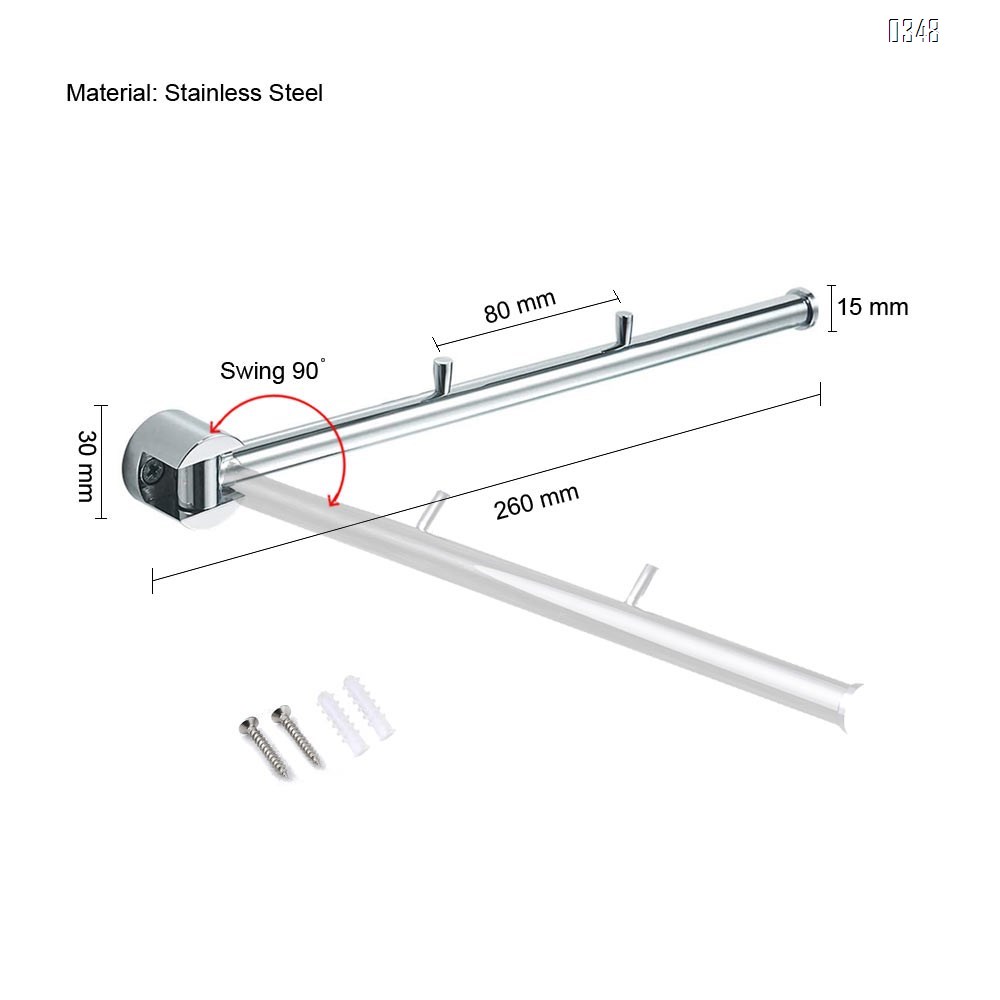 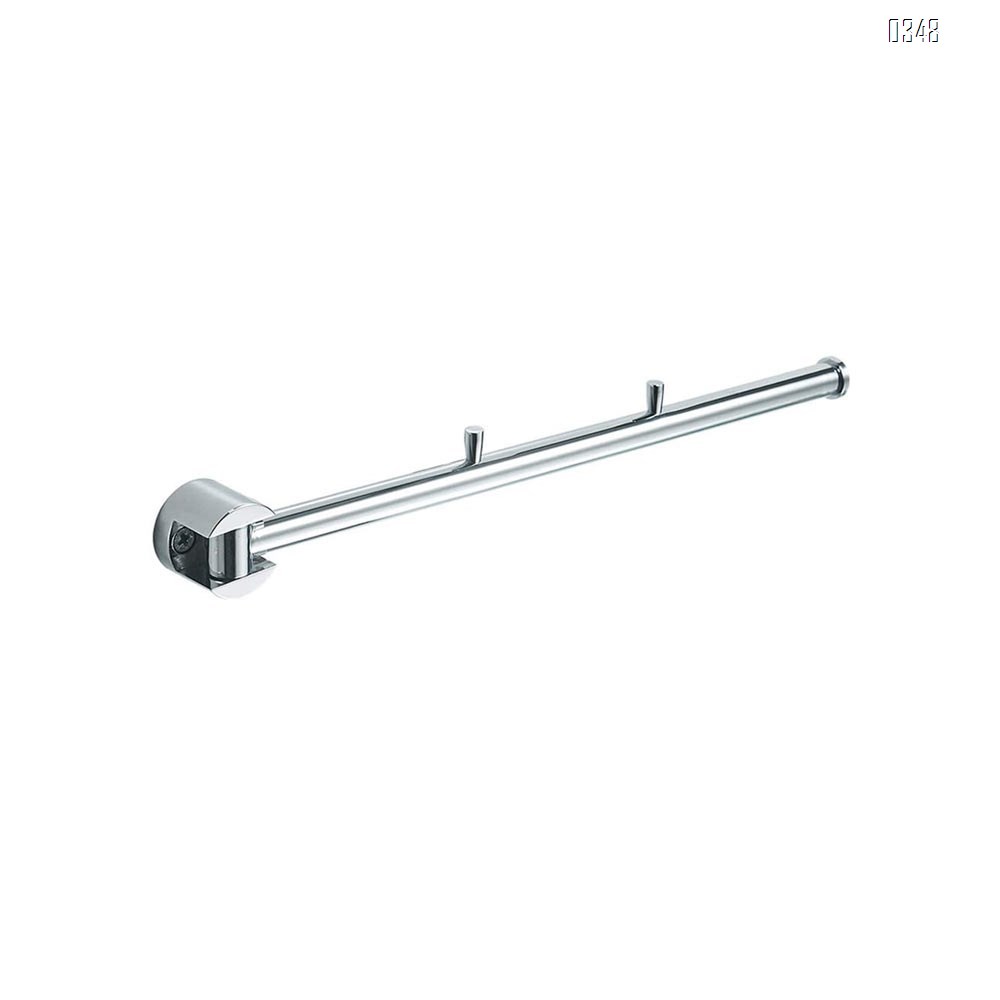 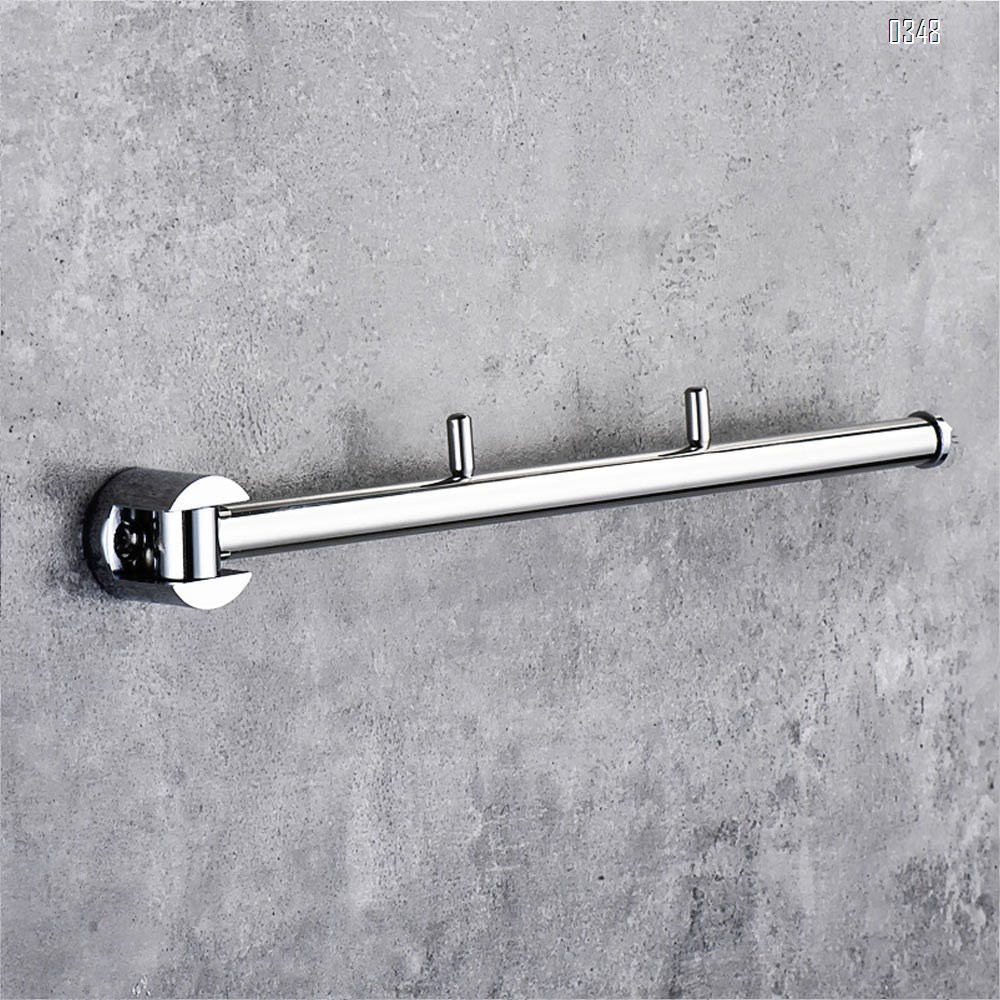 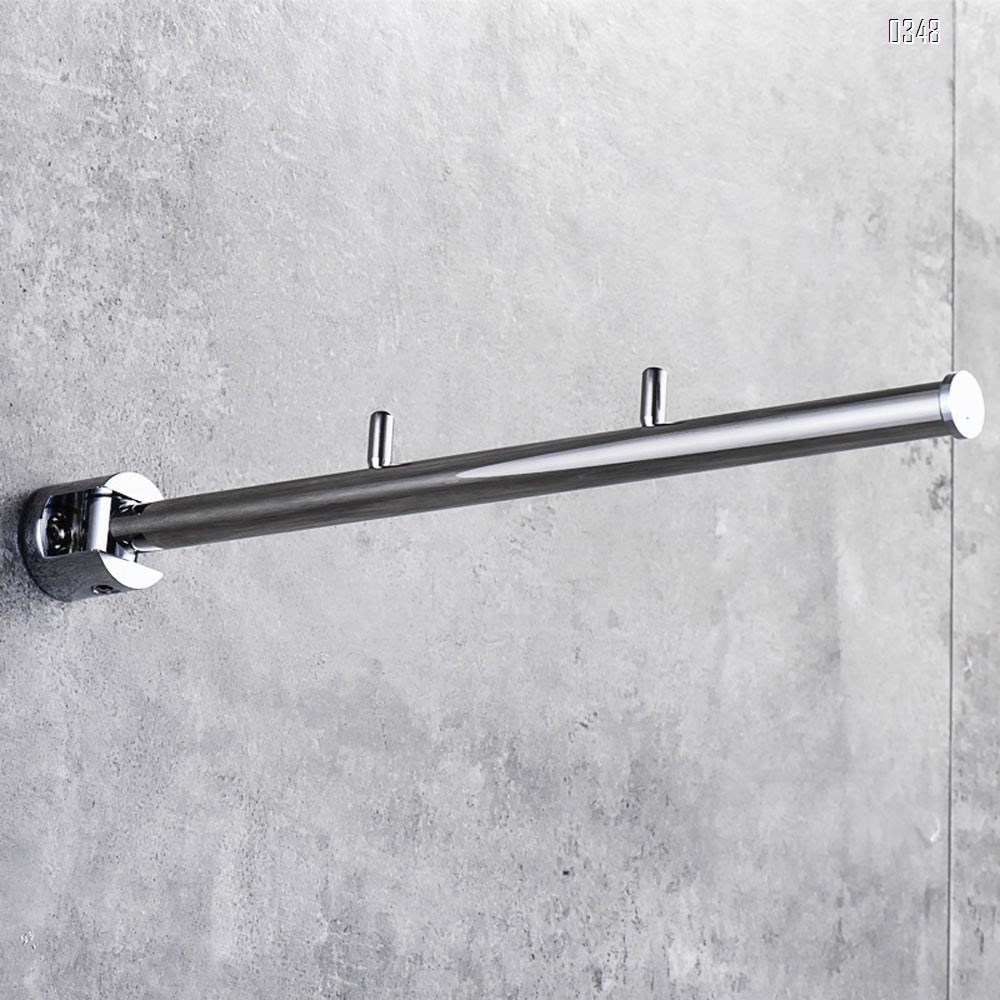 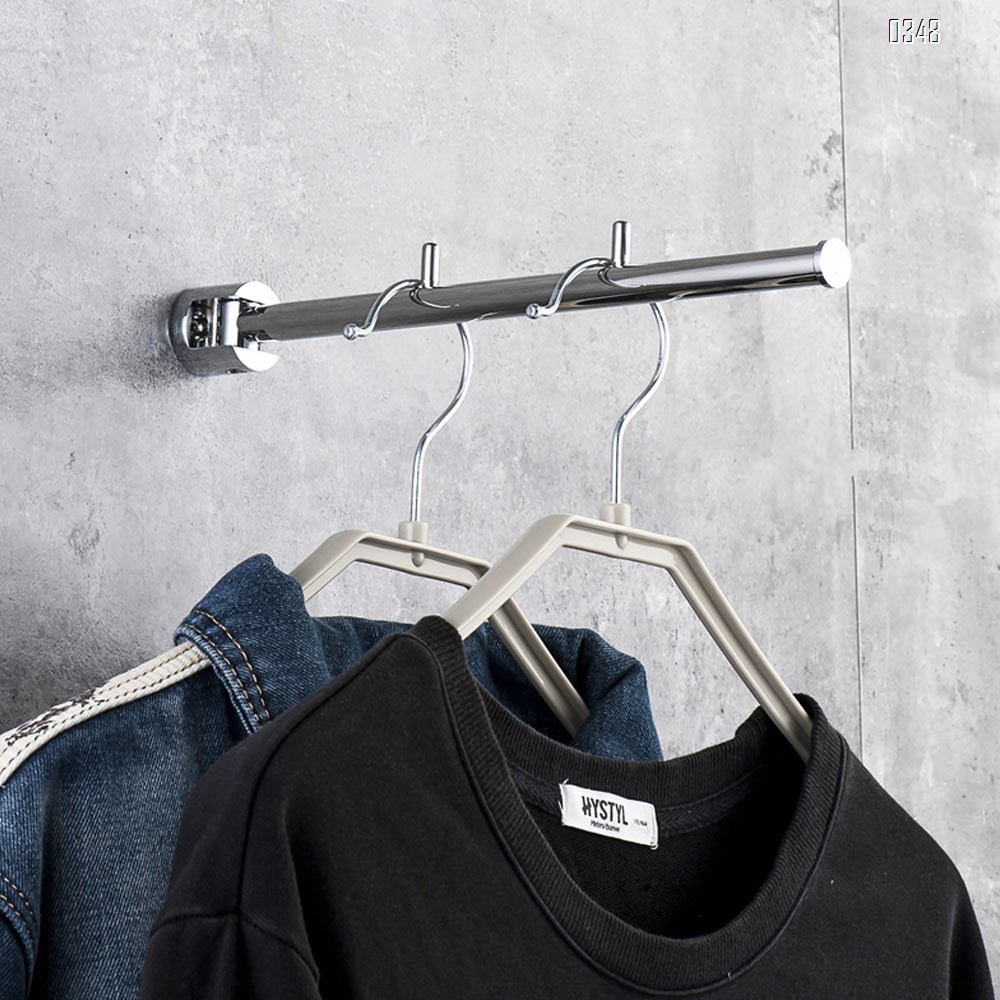 Material: stainless steel, shape beautiful, high-quality workmanship, long service life, resistant to daily scratches, corrosion and rust-free.
Easy and flexible to install, can be installed in the wall corner, and full use of the space.
The pole can swing 90 degrees, convenient and space saving
Ideal for use in bathrooms, bedrooms, small rooms, corners and balconies. Suspension rods for bath towels or towels, comfortable for everyday use.
Using water or a neutral detergent to clethe product surface, and then use a soft towel touch dry can.

GGMarch 19, 2021
It is nice but feels looks a bit cheaper than I expected for the price.
Trip VontaineMarch 19, 2021
This was an easy set up, they provide you with screws, it went up very easily and it looks great as our coat rack. I love bamboo, so this was a great purchase!
MSUMindyMarch 10, 2021
We needed a set of wall hooks that could retract and not bang into the door when not in use. This Umbra rack truly fits the bill. It also is very well made, and has a clean, sleek design. It looks like it cost much more than it did. We are very happy with it. We did see in the reviews that the template is off by one-eighth of an inch. Knowing that saved some upset and bad words during installation.
GJCMarch 04, 2021
Excellent! Sturdy! Exactly what I was looking for and fits perfectly above door
Satisfied CustomerMarch 04, 2021
My husband and I are loving this coat rack shelf. He put it up with no problems. They even included a small level with it to make hanging it easier. It is made very sturdy and looks great with my white mirror with shelf. If I had the right place to hang another one, I would sure do it
Patricia A. AndersonFebruary 19, 2021
the overhead door hooks i ordered are the best!
no installation. i slipped the hooks over the door and they fit.

great delivery. the product got to me on time and was exactly as described.
SheebieFebruary 17, 2021
Its hard to see from the picture, but there are actually 2 rows of hooks, which makes them very close together and not good for bulkier items (my intention was to use it for bath sheets behind the bathroom door). The hooks are VERY smooth and tight together, everything slips and falls off. Was able to use it for a kid's bedroom, so still useful, just couldn't use for intended purpose.
senior buyerFebruary 17, 2021
I feel that the screws holding the rack should be sunk from the from the front of the rack into the anchors.
DarwinFebruary 02, 2021
It's a good-looking and sleek rack, although a bit pricey for what you get. The hooks are a bit close together, and hanging up anything bulky, like winter parkas, on two consecutive hooks would be a tight fit.

However, as this rack comes with only two drywall screws for mounting, it's not really designed to hold 5 parkas in the first place. It does hold four lighter jackets of mine rather well though. I wouldn't trust it for hanging much more than that without ripping through the drywall.

The rack is mounted by using a template to drill two drywall screws with plastic anchors into the wall. You must leave the screw heads about 1/4" out of the wall so the heads can slide into two keyhole slots cut into the back of the rack itself. For that reason, even if you did drill the screws into studs, the rack is really hanging onto the two screw heads only. I wouldn't load up the rack with a heavy load since I'd basically be testing to see if the drywall gave out before the screw heads tore through their slots.

I do like the rack. It looks quite slick, and it's nice for mounting behind a door as it doesn't protrude too far from the wall and the unused hooks can fold up out of the way. I would give it another star if it had better support, such as screw holes drilled all the way through the rack with a metal bracket. I'd also give it another star if it were a bit cheaper, because there really isn't too much material there--you're just paying extra for the novelty of the design.
athenaFebruary 02, 2021
Hung this rack up recently and so far it appears sturdy and well-made, looks good, and was easy to install. HOWEVER - the installation guide/pattern provided is completely useless. It doesn't match up to either the size of the rack or the placement of the holes. You'll have to re-draw your own, which is easy but if you hadn't noticed beforehand you'd have some mismatched holes in your wall. I am going to write Umbra to complain as this is a big oversight but otherwise it is a good product.